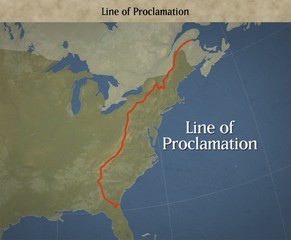 Proclamation of 1763 (Proclamation Line)
Following the French and Indian War, the King George III of England put in a law that prohibited colonists from settling west of the Appalachian Mountains. England could not afford to fight another battle against Native Americans. Many colonists felt that because they had fought against the French and Native Americans during the French and Indian War that the land in the Ohio River Valley belonged to them. Colonists were very angry that they could not settle in this land. 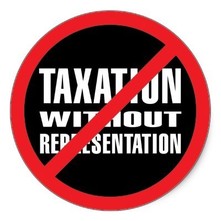 Sugar, Stamp, and Townshend Acts
As a result of the French and Indian War, England was in a large amount of debt. To help pay for this debt, England decided to tax the colonies. The Sugar Act of 1764 (tax on sugar, the Stamp Act of 1765 (tax on all paper goods), and the Townshend Acts of 1767 (tax on oil, paint, glass and other goods) were a means to help raise money. Colonists felt that they were being taxed without a say and yelled “No taxation without representation!”. Colonists also boycotted British goods as a means to protest against taxes they felt were unfair. 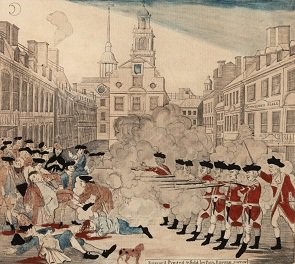 Boston Massacre
In the evening of March 19, 1770, colonists began to throw objects including rocks, sticks, and tried to hit British troops with clubs. Colonists were upset about taxes and also the quartering acts which allowed for British troops to stay in any colonists home and also to provide food. British troops then fired on the mob and killed 5 colonists, including Crispus Attucks, who became the first death of the American Revolution. This later inspired Paul Revere to create a propaganda engraving which led many colonists to wrongly believe that the colonists had been killed by British troops for no apparent reason. 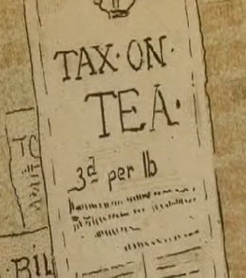 Tea Act
Following the Boston Massacre, the King of England repealed (got rid of) all taxes on the 13 colonies except one, the Tea Act. He believed that one tax must still be in place to prove to colonist that England remained in control of the colonies. Parliament, England’s law making body passed the Tea Act on May 10, 1773. The Tea Act also preserved the idea of mercantilism as colonists had to buy tea from the East India Company, thereby helping the mother country and were unable to buy less expensive tea from Holland. Many colonists believed that this violated their right to buy from whatever country they choose, this is known as free enterprise. 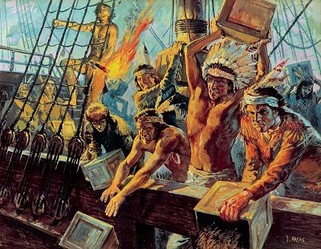 Boston Tea Party
After the Tea Act, the Sons of Liberty, a group of Patriot colonists led by Sam Adams, decided on a new way to protest the Tea Act. On a cold night on December 17, 1773 50 members of the Sons of Liberty disguised themselves as Native Americans and boarded three British ships and destroyed more than 100,000 pounds of tea by throwing it into Boston Harbor. This act of civil disobedience (non-violent protest) further split the colonies from England and would lead to harsh punishments for the city of Boston. 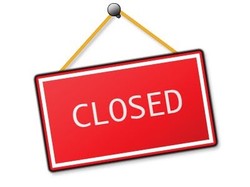 Intolerable Acts
Following the Boston Tea Party, the King of England felt that Boston must be punished for their actions. He enacted the Intolerable Acts in 1774, which did several things including 1) Closed Boston Harbor until the tea that had been destroyed was paid for 2) Did not allow for freedom of assembly 3) Created a new quartering act allowing British troops to be in unoccupied houses and buildings. Many colonists felt that the England had gone too far in punishing Boston and decided to meet to talk about how to respond. This led to the 1st Continental Congress which 12 of the 13 colonies met and decided to support Boston and their actions during the Boston Tea Party and also continue to boycott British goods.